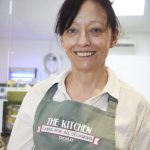 What did you used to do?

In 2003, after years of short term, part time jobs in schools, the library and from home, it was time to return to full time work. The children were growing up and it was time to put my newly acquired degree to use.

I worked initially as Personal Assistant to a Director, then moved into Project Coordination and then Project Management. The project was a £10million youth volunteering programme funded by DfID and involved managing a team scattered throughout the UK, some international travel to projects, and a daily commute to Waterloo where the office was based

What made you want to change?

I loved this job. I’ve always enjoyed working in London and I was part of a great team in an organisation whose values I shared. The travel, both in the UK and internationally, was something I loved and nothing would have made me want to leave.

However, as my contract came to an end, an organisational restructure meant that my role was redundant and I “slipped through the cracks” to the extent that barely anyone realised I was leaving. A difficult time and sad end to a career I had hoped would end in retirement.

How did you make a start?

Like many women of my age, I had learned to bake as a child. Whilst applying for new roles I was making cupcakes, learning new skills in sugar paste flowers and how to pipe swirls and decorate these cakes.

Friends asked me to bake for them, initially cupcakes and then larger celebration cakes. Thanks to the “school of YouTube” I became quite proficient.

How did you go about it?

As requests – subsequently renamed orders – flooded in, the house was clearly too small for this fledgling business. The fridge, freezer and kitchen cupboards were full of cake stuff. The spare bedroom and front room held ingredients, equipment, and eventually trestle tables full of finished cakes.

It was time to look for premises and coincidentally the old Blockbuster video store three minutes’ walk away was empty at this time. I wondered if it may be possible to put a kitchen in there?

What were the challenges?

Blockbusters had literally left the shop and it was in a terrible state. It took many months of work to strip out all the old fittings, rewire the premises, install hot water and then begin to build a kitchen. We drew up proper plans – there were plenty of legal hoops to jump through of course – and gradually the place took shape. A cake decorating studio, storeroom, office and back kitchen. A revamped toilet and front of house area suitable for those wishing to enjoy a coffee.

How long did it take?

This took around six months to complete as we did things ourselves. From taking down the ceiling tiles and painting them, to levelling the floor and building the units. It was a huge amount of work that we fitted around our existing commitments.

What would you do differently?

If I could turn back time, I would have employed a really good accountant and business coach much earlier on. I had a business plan but wasn’t prepared for some of the challenges and costs these incurred. Staffing was costly and we lost a lot of money that first year that has taken a while to earn back.

What do you do now and what does that look like?

We are a vintage tearoom serving up to 150 full Afternoon Teas a week. We are fully licensed and support a number of local breweries and distilleries. The original celebration cake business has grown and developed and we employ on average ten staff. We bake approximately thirty full sized cakes each week, along with the brownies, cupcakes and traybakes that are so popular. We serve a delicious sandwich lunch of sandwich, artisan crisps, a drink and slice of loaf cake and host evening events including art classes, a folk club and comedy nights.

How has your life /work changed?

I no longer travel and miss London enormously. I also enjoyed the trips around the UK and of course the international travel opportunities. In many ways my life feels quite “small” but the upside of that is an awareness that we are a significant part of this local community.

The long hours are to be expected as a small business owner but I have now reached a point where they need to be reduced. Working seven days a week, in the evenings and at weekends, is not sustainable long term.

However, it’s amazing to look around The Kitchen, realise we built this lovely place, and witness people enjoying our space day in and out. As the owner, it is good to have the “power” to make decisions and changes swiftly. Marketing, newsletters, social media and website updates can be done almost immediately without reference to long lines of management.

Employing a team of people, in particular training young people, is enormously satisfying. To see them progress, learn and develop is one of the best things about having a business such as this.

What top tips would you give to someone who really wants to change career?

If the change is forced up on you by something such as redundancy this can be the perfect opportunity to “follow your dream”. In some ways I didn’t have the worry and anxiety that might be associated with leaving a well-paid, secure role for the vagaries of self-employment. Whilst I was continuing to seek paid employment, I was feeling that this was increasingly unlikely. Moving into self-employment felt like a natural progression.

However, going back to the need for a good accountant and business coach early on, I wish I had understood the major difference between working for yourself and running a business.

The step up from making cakes from home – where the difference between the price paid and the cost of ingredients is basically your profit – and running a business with the associated costs of staffing, taxes, rent, rates, refuse removal, licensing and other overheads can be a huge surprise and if I am honest crippling to many new owners.

From Teacher to Artist and Crafter
January 26, 2022

From Underwriter to Student then Personal Trainer, Business Owner, Account Manager and now a Financial Adviser. A 30 year career, so far!
October 29, 2021
Go to Top