How To Cope With Your Feelings About Returning To Work 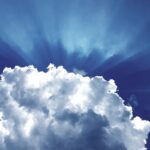 Many people who’ve been working from home or Furloughed are preparing to return to work.

People are getting vaccinated.  The news in the media is less frightening.  We have dates to look forward to.  The weather is getting warmer and there’s a buzz in the air that feels like ‘hope’.  Or does it?

‘Hope’ – noun:  ‘a feeling of expectation and desire for a particular thing to happen’.  ‘A feeling of trust’

However, many of the people I’ve been speaking to, say they’re feeling something else.

‘Anxiety’- noun:  ‘a feeling of worry, nervousness, or unease about something with an uncertain outcome’. 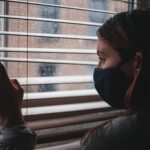 Between March and April, I ran a series of lunchtime ‘Career Confidence’ Workshops.   They were aimed at supporting people who were feeling some anxiety about adjusting to working with people again.

Concerns ranged from travelling on public transport, to wearing face masks in the office.  Creating a new routine of leaving the house, rather than just moving from the bedroom to the lap top via the kitchen, is another change.

There are worries about interacting in office ‘small talk’ and ‘water cooler chat’.  Those working from home hadn’t worn office clothes for over a year and worried they may not fit!

Some people hired during the pandemic have never actually met their colleagues in person.  They only know each other from the small virtual screen that’s Zoom or MS Teams.   They have no idea, for example, how tall their colleagues are in real life or how they present themselves face to face.

Everyone agreed there was comfort in knowing others could be feeling the same.

Here are some of the suggestions that came up in the workshops:

If you’d like to have a chat with me about your career options, why not arrange to have a free 30 minute career conversation with me.

Sign up to through my website to get all the latest information on career news, workshops and future events.

Are your skills getting in the way of a having a career you love?
October 13, 2021